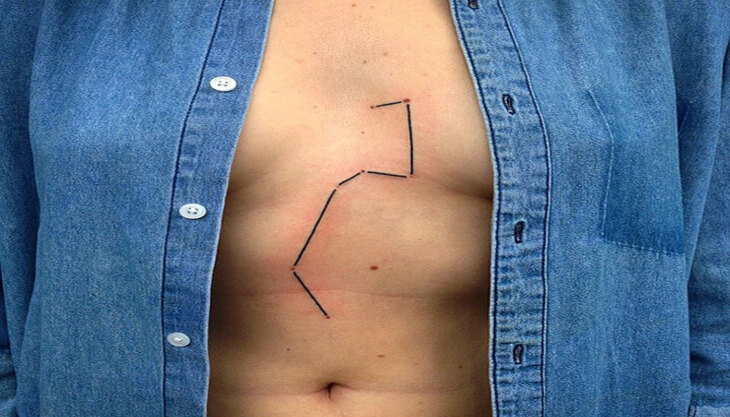 So do you have birthmarks, moles, or freckles on your body that you decided to get rid of by covering them with a tattoo design? But you are worried that is it safe to tattoo over the birthmarks? if you are worried about these questions then read this article till the end. Here I will tell you that Can You Tattoo Over Birthmarks? What does a professional say about and what does the medical say?

Can You Tattoo Over Birthmarks?

If we divide the name into parts, then you will know the meaning yourself. Such as birth and marks, so birthmarks mean the marks that appear at birth time naturally on our bodies. It comes in different colors such as red, brown, and black. There are some birthmarks that fade away over time but some of them grow with time and stay o your body forever.

Let’s get to the real question, can you tattoo over birthmarks? There are two different opinions about this, according to tattoo artists, it is a normal design like other designs they do on the other region of your body. If you go to any tattoo artist they willingly cover your birthmarks area with amazing design. But o the other hand most dermatologists advise avoiding tattooing over the birthmarks. Because it sometimes causes forming melanoma, which is a type of cancer.

But do not get worried, I have brought good news for you. That not all birthmarks cause this disease. Most types of birthmarks are normal you can cover them with a tattoo. So it’s best to seek with a dermatologist before getting a tattoo.

Can You Tattoo Over Moles:

Moles are also a type of birthmark, also known as beauty marks, or nevus. It is categorized into three different types Congenital, Acquired, and Atypical. Congenital moles are those which appear at birth, Acquired moles appear after birth, and irregular moles are called Atypical.

Now the question arises can you tattoo over moles? So the short answer is No. You can not tattoo over moles because it is very dangerous for your skin. All dermatologists strictly forbid tattooing on the moles. According to the July report of JAMA Dermatology report, there have been many patients found with melanoma (which is a type of skin cancer). And this disease occurs due to tattoos over moles or birthmarks.

As we know that tattooing involves blood, but bleeding depends on your tattoo size and artist skills. But things are a little different here, tattooing on the mole cause excessive bleeding if you accidentally cut a mole. And when you apply ink to this wound area it mixes with your skin tissues which may cause melanoma.

Can You Tattoo Around Moles

If you are still want to get a tattoo on the moles’ area then it is best to design a tattoo around the moles. Choose an amazing design that put mole to good use and covers it perfectly. Like the following stunning designs.

Can You Tattoo Over Freckles

Don’t worry about getting a tattoo on the freckles, it is completely safe. It is normal as tattooing on the normal part of the body. It does not cause any melanoma nor cause excessive bleeding.

Can you tattoo over red birthmarks?

At what age I can tattoo on birthmarks?

Birthmarks are of two types, there are those that fade away with time and some of them remain forever. So the birthmarks that remain still after your 18 birthday, then you can cover with a tattoo.

Can You tattoo over a brown color birthmark?

Tattoos on any type of birthmark are not more dangerous than moles. All the professional artists cover all types of brown, red, and black birthmarks with amazing designs. So if you have brown birthmarks and you want to get rid of them. Book a session with a professional artist, he will cover it with a good design.

So in the last of this article, I just want to say that do not tattoo over the moles or birthmarks without showing it to a dermatologist. The doctor will check it and then tell you whether it is okay or not ta get a tattoo over that area. And if you want ta get a tattoo on the mol area without the advice of a doctor then it is better to tattoo around the moles, not over moles. Because according to a New York dermatologist Dr.Ariel Ostad getting tattoos on the moles or birthmarks areas can cause cancer.