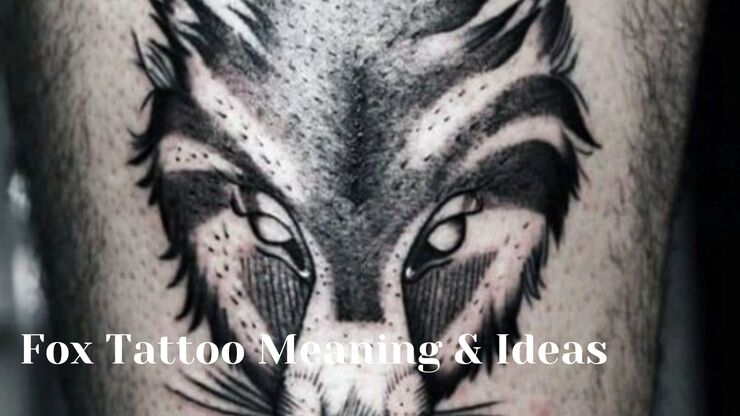 You may have often seen in the movies, stories, cartoons, and myths that the fox plays the role of cunning and intelligence. Or if we look at everyday life, whenever we talk about intelligence, wisdom, cunning, and Curiosity, people give the example of a fox. It is a well-known wild animal that is popular for its sharp mind, cunning, and skills.

Fox has a different place in different cultures some people worship her, some people love her virtues while some people hate its virtues or qualities. According to these concepts, the fox tattoo meaning is different for everyone. It is a unique and meaningful tattoo design that is very popular over the last few years. So if you want to get a fox tattoo but you are looking for the meaning of this tattoo then you are in the right place. In this article, you will find the meaning of this tattoo along with stunning ideas. Don’t go anywhere and read the article up to the end.

Fox is one of the most powerful and unique wild animals and its symbol shows Cunning, Cleverness, Wisdom, and intelligence. So these meanings are also the same for the people who get a fox tattoo. But its meaning is different in different cultures also. Such as according to the Greek religion fox is considered a very close animal to God. So the people of this religion get fox tattoo to show their love for God.

Chinese consider foxes as good luck and a sign of wealth. So they wear fox tattoos on their body to protect themselves from bad luck and grow up in their businesses. Furthermore, it is considered a sign of good sex in Korean culture.

In Asia fox is considered the sliest, most independent, and tricking animal. It has the power to protect itself by tracking and surviving in a difficult situation. So for the people of Asia, the fox tattoo means sharp mind and cunning.

Place Your Fox Tattoo On The Right Spot

After selecting the tattoo design the next step is to select the right spot for your design. The right placement for a fox tattoo depends on a few things like your tattoo size, boldness, and comfort of your skin. So if you are going with a large and bold size tattoo then the back, stomach, and chest are the right places for your design. If you have chosen a running fox tattoo design then the arm is the best place for getting this tattoo. But if you have selected a small design or you want to get a fox head tattoo or paw of a fox then your hand, leg, and neck are the best places for it.

Just as foxes have different species similarly, its tattoo is also divided into different designs. So let’s take a look at their designs without wasting your time.

Nine-tailed foxes are also called Kitsune in Japanese mythology. According to this culture, the number of tails tells us how much power and wisdom a fox achieved. Legends of this culture say that the number of tails grows up with time, and every hundred years it grows a new tail. So after one thousand years, it completes nine tails which means that this fox is now on a higher level of intelligence, tricking, and cunning.

So the people who get nine-tail fox tattoos, actually want to show people how intelligent and wise they are. This design mostly suits women’s bodies and it can also make a woman as powerful as she can destroy the whole world in a few seconds.

Furthermore, about this design, you can also combine it with other designs like flowers tattoos, and a beautiful young lady.

As everyone knows the skull tattoo that it means death. This design can have many meanings. As we discussed above that the fox is famous for its cleverness, cunning, and intelligence. So the fox skull tattoo can mean that everyone has to perish, no matter how wise and intelligent they are. This tattoo can mean that if you are super intelligent and wise so do not use it to harm others, because one day you have to perish.

Red foxes are considered the most friendly, beautiful, and intelligent wild animals around the world. Most of the people in Native America keep it as a pet. The red fox tattoo is in high trend for the last few years. And the meaning of it is different for everyone. Some people get this tattoo to show love toward their pet red fox. While in some cultures this is symbolized as the sign of good sex and romance.

You can combine fox with other animals, humans, and other things to make a unique design. As we know that rabbit is famous for their fast speed, and the fox is popular for its sharp mind and intelligence, so you can combine them. And the people who get the fox and rabbit tattoos on their bodies actually want to tell people that they have a sharp mind and fast speed for development in their life.

The back is a perfect place for large-size tattoos, So if you want to ink a full fox body then design it on your back.