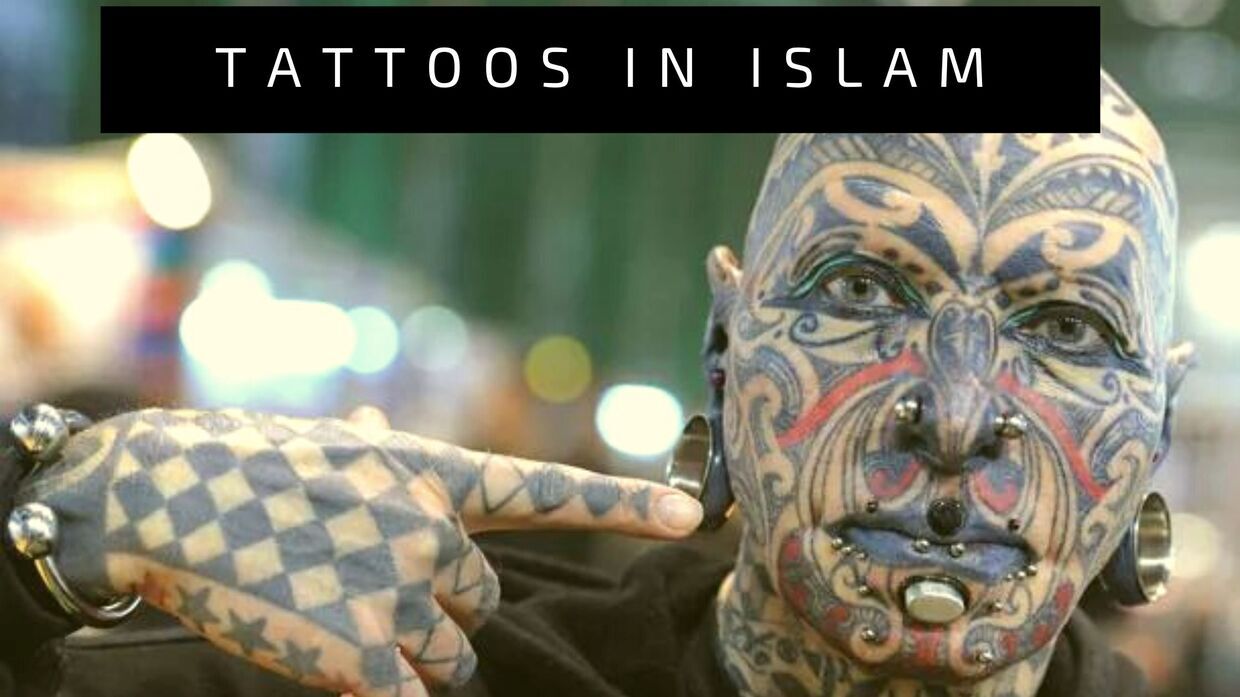 A young boy came into my tattoo shop and tell me that he was done a tattoo on the different parts of his body when he was 18 years old. Now he is 32 years old and he become Muslim, but they do not have enough money to remove their tattoos. He said that what I do in this situation.

Tattoos have different opinions in different cultures. But the concept of tattoos in Islam is very clear, that is permanent tattoos are haram. When I was researching about that what is the concept of tattoos in Islam then I read many articles that writes that tattoos have different opinions among Muslims. But it is wrong, there is only one concept found, that tattoos are haram. And the hum who got a tattoo will be punished on the day of resurrection.

Today in this article, I will tell you what is the concept of tattoos in Islam. And if someone got a tattoo before accepting Islam, what is the ruling on that

Yes, permanent tattoos are haram in Islam, In the highest category of hadith is hadith which is available in Sahi Muslim and sahih Bukhari. And this hadith is available in both books and it is narrated by Ibn Umar that “Prophet Muhammad ( peace be upon him) cursed the women who get a tattoo on her body or practice tattoos on someone else”. So these hadiths clarify that tattoos are haram in Islam. ( Sahih al Bukhari 5937, Book 72, Hadith 820)

Why Is Tattoos Haram

You may be thinking that why is tattoos haram in Islam, there are many reasons why tattoos are haram but the biggest reason is that in it you try to change the creation of Allah Subhanahu Wa Ta’ala.

1. Tattoo Change The Creation Of Allah

As Muslims, we should be thankful for whatever Allah Subhanahu Wa Ta’ala has created us, and when we try to change God’s creation, it is ungrateful. And permanent tattoos change the creation of Allah this is why the prophet (saw) cursed the women who get tattoos on themselves or practice on others because the permanent tattoo changes God’s creation.

2. It Gives You Pain

According to the great scholars of Islamic religion, everything that Allah Subhanahu Wa Ta’ala and His beloved Messenger peace be upon him forbidden is in man’s good. Getting a tattoo is a process in which ink is injected into the human body with sharp needles. And you have to go through a lot of pain and wounds to get a tattoo. Giving yourself wounds and causing harm to yourself is the biggest sin in Islam. Allah Almighty says in the Quran ” Do not put yourself in trouble ( do not inflict pain upon yourself).

In the Islamic religion deceiving someone is a big sin and Allah does not forgive you until the man who you deceive forgives you. Deception is in many types such as deception in speech, behavior, and in appearance. Allah and his prophet ( saw) strickly forbade Muslims from deceiving. Tattoos fall under deception because getting a tattoo makes you artificially beautiful which you are not actually. So getting a tattoo, coloring hair, or increasing the gap between teeth to look beautiful are the form of deception in appearance.

Is Temporary Tattoo Haram In Islam

Also, read how to clean a tattoo

Can You Pray With A Tattoo In Islam

Islam is one of the biggest religions in the world, and every solution to daily life problems has given in the Quran and Hadith. If someone made a tattoo at an unmatured age or before accepting Islam so it is not necessary to remove your tattoo, you could pray with it. Because removing a tattoo involves a lot of pain and you have to spend money, Islam forbade us to throw ourselves in trouble ( inflict pain upon ourselves) with our own hands is a sin.

Allah says in the Quran that” we do not burden a soul as much as it can not bear”.So leave those tattoos, it does not affect your worship, But after that, you will never make a tattoo on your body.

Can you do wudu with tattoos?

As we described above that tattoos are haram for those Muslims. And one of the reasons why is tattoo haram is in Islam, that with a tattoo you can not complete wudu. But if someone has already a tattoo on their body and they do have not enough money to remove it then you can do wudu with it.

Punishment for tattoos in Islam?

There is no clear verse of the Quran nor an authentic hadith about the punishment for tattoos. But tattoos are haram in Islam, and everything that is haram in Islam will be punished on the day of judgment.